If you are planning on attending CAA2019, I will be presenting the paper, “Afrochic: Race and the Emergence of American Fashion,” on the following panel:

Since I had to leave some material on the cutting room floor, I thought I would share it here. My talk will be focused on the 1923 Primitive Negro Art exhibition at the Brooklyn Museum of Art but during the course of my research I came across this earlier example of African cultural appropriation related to the following garment purchased by the American Museum of Natural History in 1917: 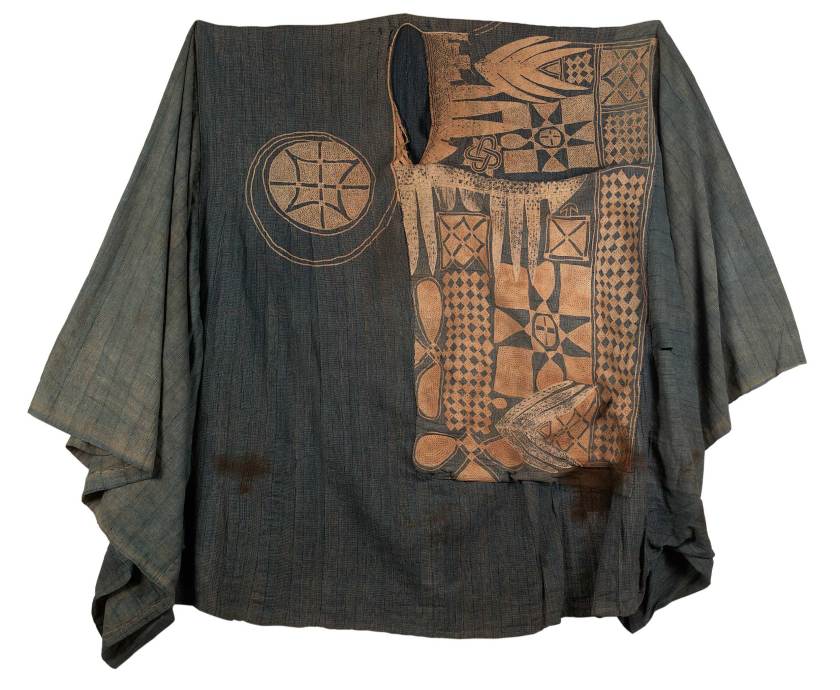 The garment is identified as a “Hausa man’s robe” from Nigeria. It was one of many “documents” from around the world that fashion designers were encouraged to draw inspiration from when formulating modern American designs.

It was placed in the center of the one of the displays at the Exhibition of Industrial Arts held at AMNH in 1919. This exhibition was a showcase for how a unique American design aesthetic could be generated by gleaning from the global array of history and culture contained in museums. 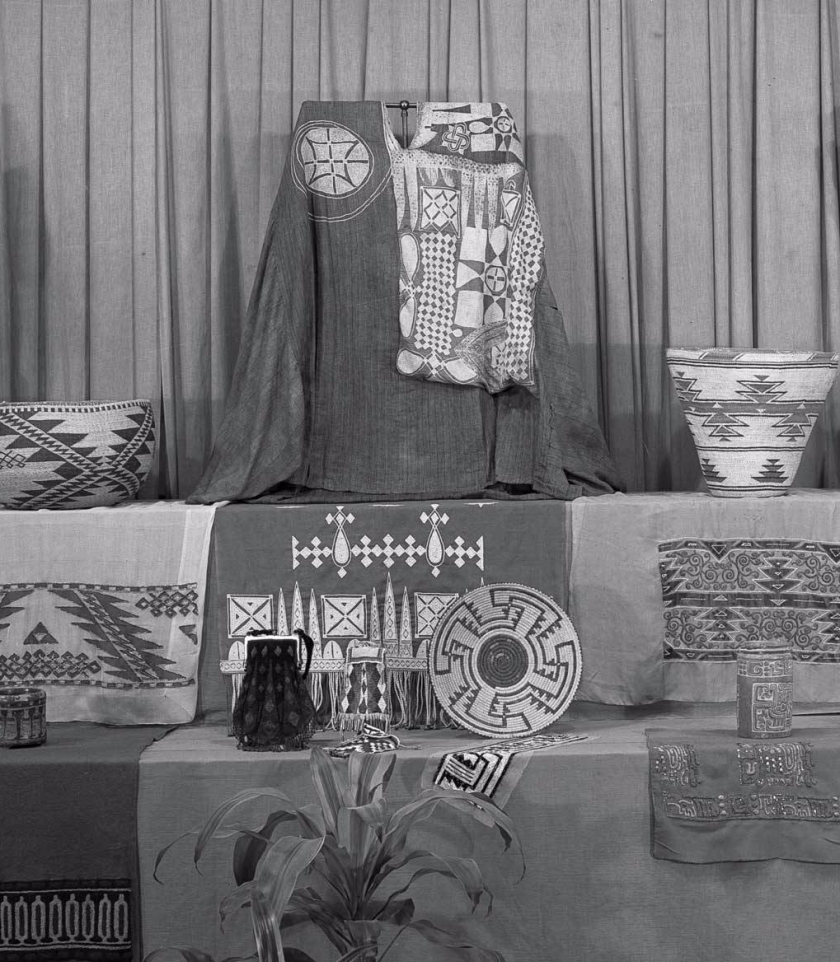 In the detail above you can see the garment as well as the textile that it inspired directly below it.

Another textile designer came up with a more abstracted all-over pattern for a cretonne fabric based on the garment in 1918.

The fashion designer Jessie Franklin Turner decided to reinterpret the garment as a caftan-style negligee in 1918. It was made of wisteria velvet with wool embroidery in coordinating colors.

I have also found this 1920s scarf in the Brooklyn Museum of Art Costume Collection at the Metropolitan Museum of Art that bears a pattern reminiscent of the garment’s embroidery.

For some reason, a number of designers found this one particular garment of African origin especially fascinating and it sparked their creativity as they mined the globe in an effort to develop a new American design language.

This garment was so noteworthy that more than two decades later, Jessie Franklin Turner based another dress upon it for a 1940 exhibition for the Museum of Costume Art (precursor to the MET’s Costume Institute) that once again intended to highlight how global cultures could inspire American design.

If this tangent whets your curiosity come see my talk on February 15th! The whole panel promises to be really interesting. Hope to see you there!

The #Met putting black bodies on display in an attempt to reckon with race, slavery and empire. #carpeauxrecast and #winslowhomercrosscurrents
Remembering my mother’s accomplishments this #mothersday weekend. This was her swearing in ceremony as US Ambassador to Mali in 1979. Photo credit: Robert Kaiser for the State Department
#romarebearden at #christies